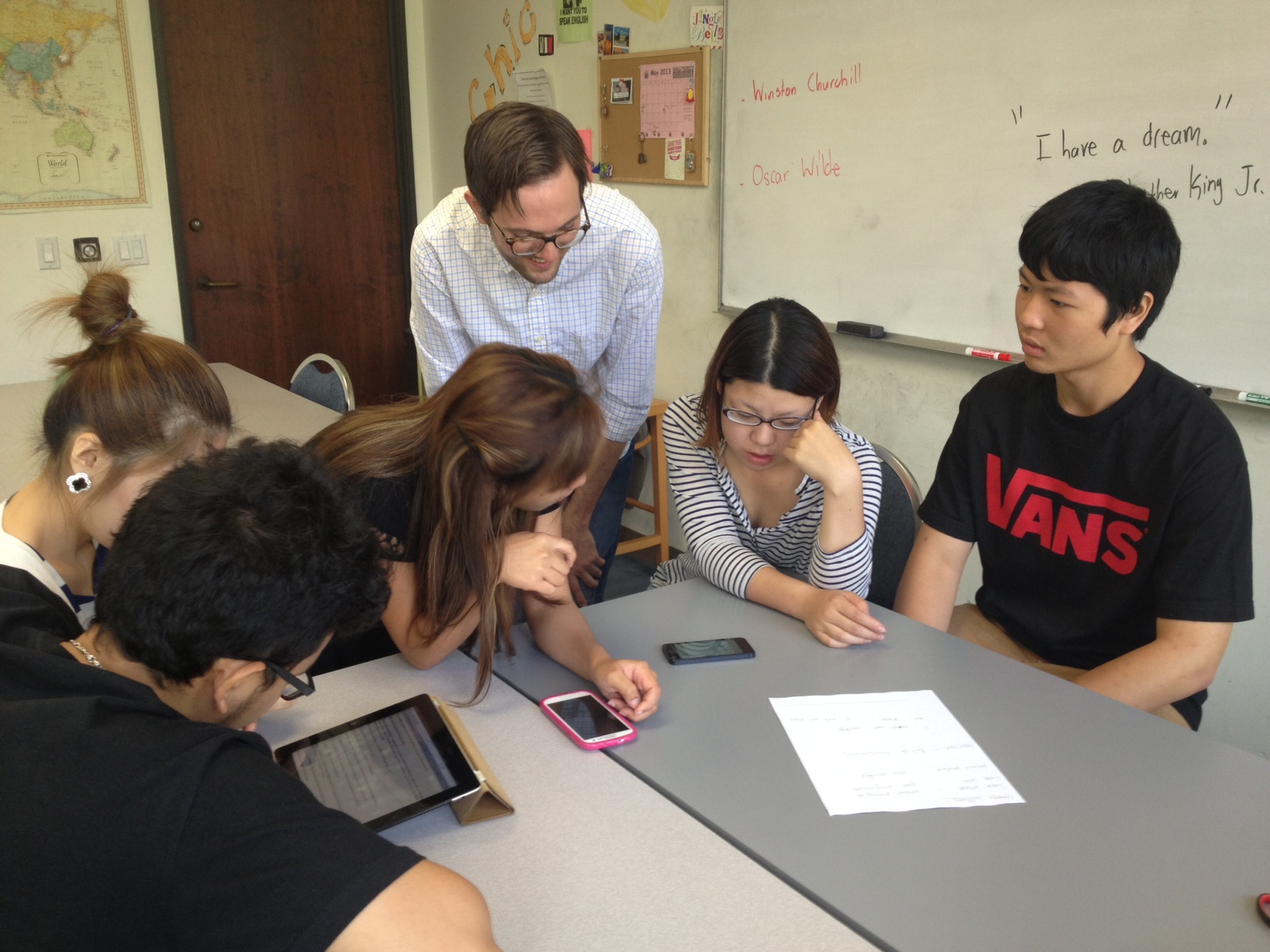 “Classroom decoration 18” by Cal America is licensed under CC BY 2.0

What is the most effective way to assess English learners’ proficiency?

It has become accepted in the field to rely on psychometric tests such as the iBT (Internet-Based TOEFL) and the IELTS for college and university admissions. Yet these and most other language tests are an artifice, a device that is placed between the student’s actual proficiency and direct observation of that proficiency by a real human being. Students complete the limited set of tasks on the test, and based on the results, an algorithm makes an extrapolation as to their broader language abilities.

When you look at a TOEFL score report, it does not tell you that student’s English language ability; what it tells you is what a learner with that set of scores can typically do. And in the case of the TOEFL, this description is an evaluation that is based largely on multiple choice answers and involved not one single encounter with an actual human being. Based on this, university admissions officers are expected to make an assumption about the student’s ability to handle the demands of extensive academic reading and writing, classroom participation, social interaction, written and spoken communications with university faculty and staff, SEVIS regulations, and multiple other demands of the U.S. college environment. (Although the IELTS includes interaction with the examiner and another student, these interactions are highly structured and not very natural. TOEFL writing and speaking tasks are limited, artificial, and assessed by a grader who has only a text or sound or text file to work with.)

Contrast that with regular, direct observation of students’ language proficiency by a trained and experienced instructor, over a period of time. The instructor can set up a variety of language situations involving variation in interlocutors, contexts, vocabulary, levels of formality, and communication goals. In an ACCET or CEA accredited intensive English program, such tasks are linked to documented learning objectives. By directly observing students’ performance, instructors are able to obtain a rich picture of each student’s proficiency, and are able to comment specifically on each student’s strengths and weaknesses.

Consider this a call, then, for colleges and universities to enter into agreements with accredited intensive English programs to waive the need for a standardized test such as the TOEFL. Just as those colleges and universities don’t use a standardized test to measure the learning of their graduates, they should be open to accepting the good judgment of teachers in intensive English programs – judgment based on direct observation of individual learners rather than the proxy scores obtained by impersonal, artificial tests.

Find me on LinkedIn: